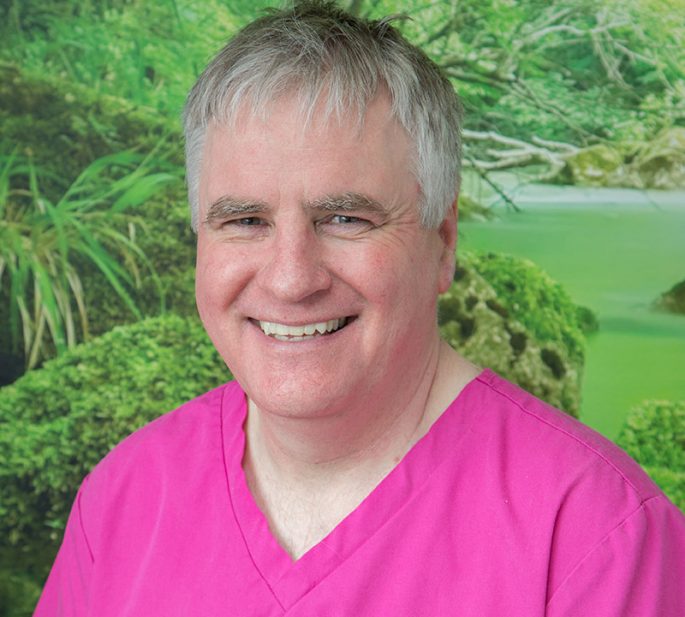 When Dr Niall Hutchinson qualified in 1987 from the Queen’s University Belfast, the dental world was never going to be quite the same again. Well, strictly speaking that’s not completely true but Niall did leave his mark on the practices in the chic fashion centres of Portglenone and Randalstown where he spent four years as an associate.

Not content with such giddy surroundings, Niall bought a small dental practice in Sandhurst with one nurse and a part-time hygienist. With an entrepreneurial spirit, the like of which has not been seen since Richard Branson, he grew the practice to become an award winning practice.

Perhaps as a result of his own devastating good looks, Niall took a special interest in Anti-wrinkle treatments and dermal fillers. He is one of the few dentists in the UK to have been trained by “Dentist to the Stars” Larry Rosenthal. It cost him a lot of time and money, and Niall would be happy to apply his considerable skills and experience in cosmetic dentistry to a celebrity TV smile makeover show… but no one has asked him yet.

Niall lives in Crowthorne with his wife Miriam and their two children Ruari and Maeve, who are surprisingly well adjusted, considering. He is a keen skier, self-confessed Francophile and loves watching Ireland beat anybody, particularly England, at Rugby. Who said dentists were boring?