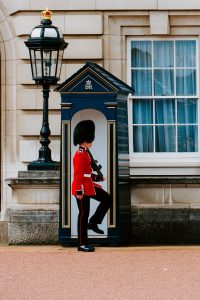 The wisdom tooth of Edward VIII is predicted to sell for a small fortune as it is destined for auction. Edward was abdicated from the throne in 1936, after only one year. This was because he wanted to marry his American mistress, Wallis Simpson. Due to his abdication, Edward became the Duke of Windsor. However, even though the tooth was removed after his abdication, it is still expected to fetch around ten thousand pounds at the auction. According to the dental records, the wisdom tooth was extracted in 1940.

The tooth was saved by the Duke’s dentist, Dr. Hugh Johnson, along with the relating notes and x-rays. As an added bonus the dental records were personally signed by the abdicated king, therefore, making the collection more sought after. The collection is expected to fetch up to £10,000. It has also been noted that the Duke found the extraction difficult.

The auctioneer is said to be hugely anticipating the sale and is looking forward to see how much the royal remain sells for. The auctioned is due to take place this week.

Pearl Dental Clinic is open 7 days a week from 9am to 10pm. You can book a wisdom tooth consultation by calling us on 020 8003 4472 or emailing us or booking an appointment online.